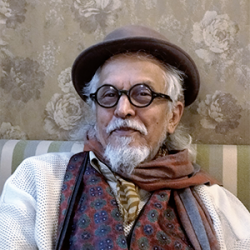 Purushottama Bilimoria is a recent Fulbright-Nehru Distinguished Fellow and Visiting Faculty at Ashoka University in Delhi. A former Fellow of the College of the All Souls of the Faithfully Departed (Oxford), he is now a permanent senior fellow at the Oxford Centre for Hindu Studies at the University of Oxford. As well he is Principal Fellow in the School of Historical and Philosophical Studies (SHAPS), and the Australia India Institute, at the University of Melbourne. He is CEO and co-editor-in-chief of Sophia, International Journal in Philosophy and Traditions, based at SHAPS, and also the founder-co-editor of Sophia Studies in Cross-Cultural Philosophy of Traditions and Culture (both published by Springer). He has been teaching lately at the University of California, Berkeley, and Graduate Theological Union, Berkeley, and teaches a course on Jainism for CSULB. Purushottama is named as ‘Lead Scientist of the Russian Federation Megagrant Project in Philosophy & Culture at RUDN University of Moscow. Purushottama has a strong interest in comparative philosophy, and in particular the historical and intellectual intersection between Eastern and Western philosophies and philosophy of religion.

Purushottama Bilimoria on the History of Indian Philosophy